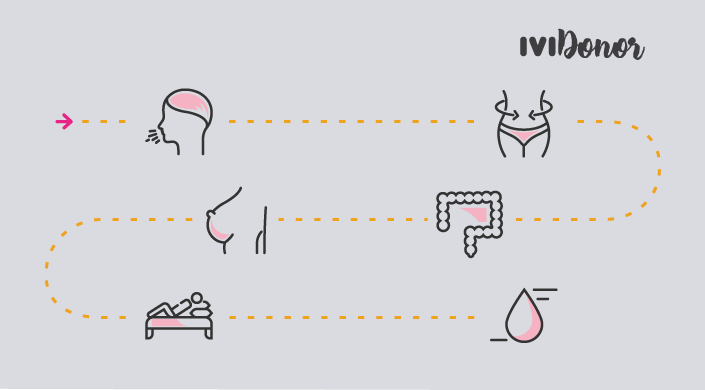 If you had unprotected sex and do not use any method of contraception, the chances of getting pregnant are high. The use of the morning-after pill is widely spread among women, but be careful – it may have undesirable effects, too.

The morning-after pill is a method of contraception listed as “emergency”. Helping prevent getting pregnant at a variable percentage, depending on the case and especially on when exactly it is taken.

This contraceptive has proved to have an effect on ovulation, delaying it or preventing it from happening. It is also thought that altering cervical mucus affects the movement of sperm cells inside the female reproductive tract. Making it difficult for them to reach the fallopian tubes and join with the egg. Additionally, it is believed to modify the inner lining of the uterus in a way which prevents embryo implantation.

Ideally, you should take the pill up to 12 hours after unprotected sexual intercourse. To maintain the pill’s effectiveness, up to a maximum of 72 hours after coitus. As expected, it becomes less and less effective as time passes by.

The morning-after pill usually contains a dose of 1,5 mg levonorgestrel. Levonotgestrel is a synthetic progestin which imitates the effects of a hormone called progesterone. You can also find some emergency contraception pills combining levonorgestrel with oestrogen on the market.

The efficiency of this method of contraception is 85% approx., which is inferior to the one offered by a condom, for example. That is why, we recommend using other methods of contraception and the morning-after pill only in case of an emergency.

Side effects of the morning-after pill

Taking this drug may produce undesirable side effects on the woman’s body, among which nausea and vomiting are the most common. To prevent these, it is advisable to take the pill with a small amount of water, without biting it and on an empty stomach.

2- It may cause headache or abdominal pain.

You may take a painkiller, such as paracetamol. General fatigue or dizziness may appear as other side effects of the morning-after pill, therefore it is recommended that within the following hours you get some rest and avoid physical exercise or sudden movements.

3- You may suffer from diarrhoea

Due to the fact that the morning-after pill changes your menstrual cycle, other bodily functions may be altered, too. That is why, it is normal to suffer from diarrhoea after the intake.

You may also experience breast tenderness and irregular bleeding or bleeding between periods, which may come sooner or later than expected.

Is it possible to get pregnant despite having taken the morning-after pill?

Although the chances are very low if taken correctly, yes, it is possible that you get pregnant.

There is an explanation. If ovulation had already taken place, fertilisation is likely to happen, therefore resulting in a pregnancy. What is more, the effectiveness of the morning-after pill decreases if it is not taken during the first 72 hours after the unprotected sexual intercourse. In the case of the pill containing ulipristal acetate, it must be taken up to 120 Hours (5 days) after having unprotected sex.

Moreover, there is also a theory that antibiotics may reduce the effectiveness of the morning-after pill, although that has only been proven in the case of rifampin. 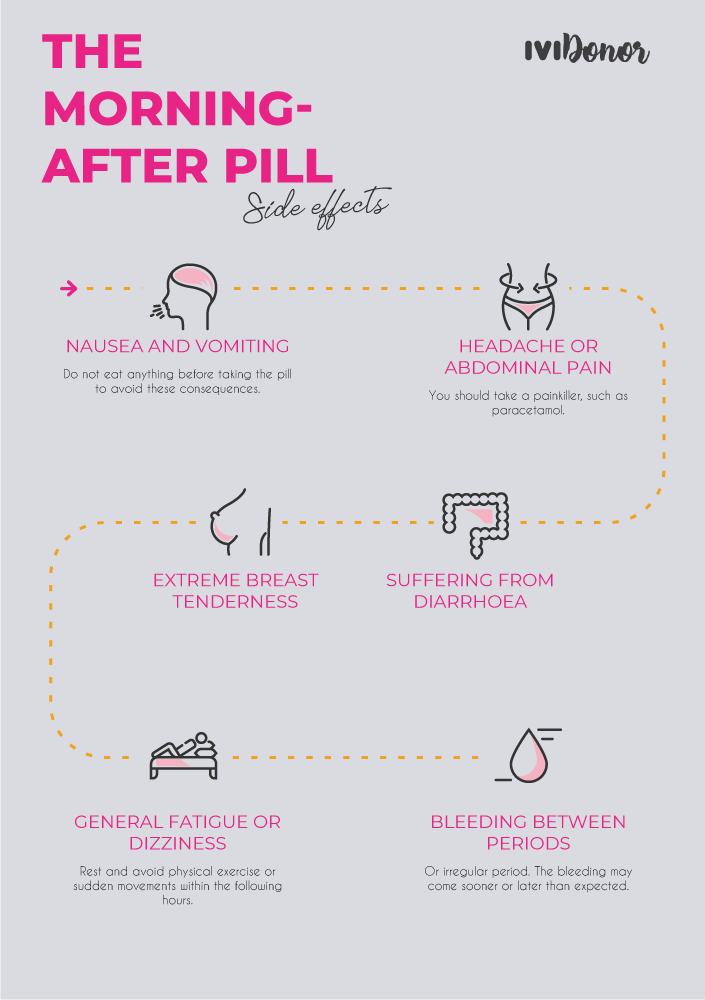